On cross-country flights, it’s essential you file a VFR flight plan for search and rescue purposes. However, just because you filed the flight plan, doesn’t mean it’s open. So, what’s the best way to activate your VFR flight plan?

First, though, if you missed how to create and file a VFR flight plan check out this article: How to File a VFR Flight Plan

Once you’ve filed your flight plan, pilots must take the final step of activating their flight plan.

How do you open a VFR flight plan?

There are several ways you can open a VFR flight plan. One is the traditional way and the other way is for pilots who use Foreflight (an iOS app I highly recommend and use every day).

How to open a VFR flight plan through the Flight Service Station (FSS):

Assuming you filed your flight plan, the next step is to open the flight plan by calling the FSS.

There is a slight advantage to activating the VFR flight plan on the ground vs in the air. It’s one less thing to do at low altitude during a critical phase of flight.

Sometimes you won’t be able to reach them on the ground due to the terrain. You will have to open it in the air in that case.

Regardless of whether you chose to open it prior to or after takeoff, this is how to activate the plan through FSS.

How do you know the right FSS frequency?

Before you call the FSS you need a critical piece of information: the right frequency.

I highly recommend you write down this number prior to takeoff! Here are some more examples: For Foreflight users, type in the departure airport and there it is: So, now you know how to find the frequency, the next step is to call them.

I recommend you get to safe altitude and do your after takeoff checks before you call.

At an uncontrolled airport, I wait until at least 1500 feet above ground level, and free of traffic before I the FSS.

At Class D airports, I wait until I’m free of their airspace before I switch over. At Class C airports, I open my flight plan through clearance delivery prior to departure, but I’ll cover that later.

Note: if you are a single pilot, or only have one radio, you must wait until you have departed the Class D airspace before you give the FSS a call.

Traffic avoidance is the most important thing near an airport, not your flight plan.

How to call the FSS to activate a VFR flight plan.

The call always starts with a heads up call:

Note: always tell them what frequency you are on. They monitor multiple frequencies and won’t know which one you are on.

Spell out your destination using the phonetic alphabet especially if you are going to some obscure airport.

“Cessna 1234, McMinnville radio, your VFR flight plan is open, PIREPS are appreciated, have a good flight.”

The exact wording might be a bit different, but they will ask for PIREPS.

You don’t and should not repeat everything they say.

Now the hard part is remembering to close your flight plan!

So, there is another way to open your flight plan if you own an Apple device and you subscribe to Foreflight.

How to open a VFR flight plan through Foreflight

If you read enough of my articles, you will know I am a huge fan of Foreflight. It requires an Apple device, which is why I got my first iPad (I highly recommend an iPad mini with cellular capability). The program is such a game-changer!

One of my favorite features is the option to open your VFR flight plan with a button. No radio call required!

It’s brilliant, and Foreflight will prompt you to close your flight plan as well.

First, you need to add a flight plan. So, click on this button under “Flights.” Fill out the details of your VFR flight plan: Then hit “File.” Filing in this way on Foreflight means you do NOT need to call the FSS to file your flight plan. After you file it, these three buttons will pop up giving you the options to “Activate” or “Amend.”

The next step is to hit the “activate” button.

I highly recommend you do this on the ground prior to taking off.

Make sure you are at a full stop.

If you have your own checklist, you might want to consider adding “activate flight plan” to your pre-takeoff checklist.

I have a confession: you can, at the right altitude, activate your flight plan, after takeoff if you forget. However, once you are past about 2500 feet you won’t be able to. The cell reception isn’t good enough.

This only works if your iPad has the cellular capability activated (which I recommend) or through your iPhone.

Note: you can open your flight plan through Foreflight and close it in the air through the FSS when you get close to the airport.

Just because you open it through Foreflight doesn’t mean you have to close it that way.

Interesting fact: the FSS’ computer system tells them how you opened your flight plan. They told me once they could see I opened it through Foreflight.

Now you know how to open a flight plan, let’s discuss some additional factors pilots should think about.

Is a VFR flight plan the same as flight following?

Nope. Not at all.

Flight following offers the highest level of protection especially when coupled with a SPOT tracker or Garmin InReach.

Just be aware you need to open your VFR flight plan even if you pick up flight following. They are mutually exclusive.

In fact, you don’t need to be on a VFR flight plan to get VFR flight following.

What happens if you file, but don’t open a VFR flight plan?

Well, nothing which is the problem. It sits in the system and drops off eventually.

This is important: if you don’t open your VFR flight plan with the FSS or through Foreflight, no one will come looking for you if you crash.

I did this once on a long cross country. It didn’t’ occur to me until I landed that I filed my flight plan, but I hadn’t opened it. It was useless!

I was an idiot because I flew over a large swath of National Forest in Oregon. No one would have found me below a 150-foot tree canopy.

Another way I could have mitigated this risk was to take the search and rescue piece into my own hands. I actually recommend these devices for pilots regardless of whether they file VFR flight plans. They are 1000 times more effective than a flight plan.

There are two types of devices every pilot should consider purchasing:

The first is an emergency beacon like the ACR ResQLink 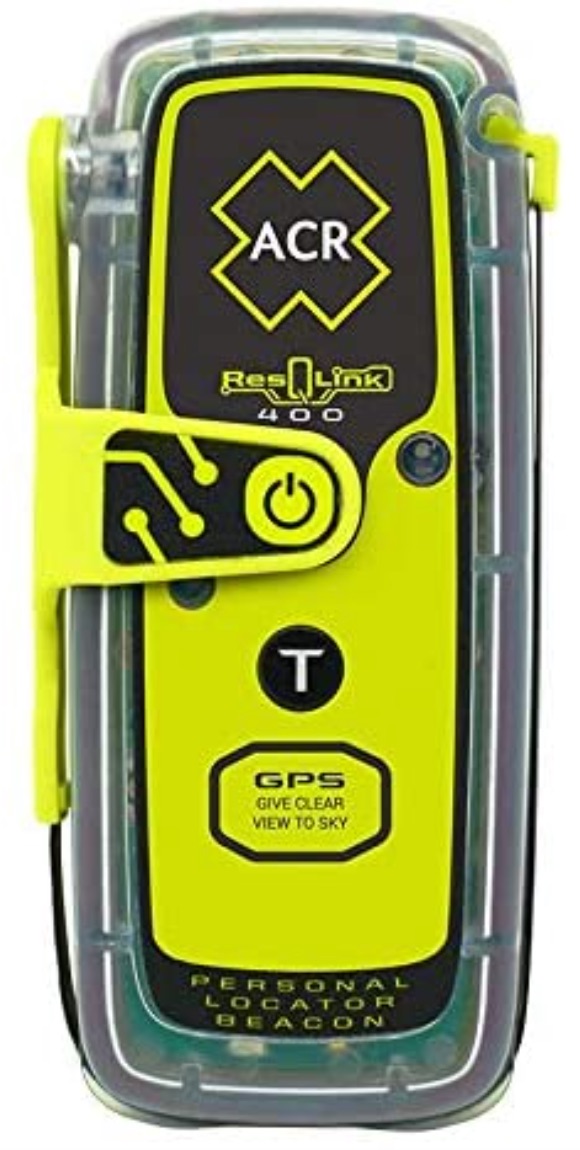 The beacon is just that, it sends out a signal if you crash. You have to physically push the button, however, so it will not help you if you are incapacitated.

It will send exact coordinates to emergency workers and they will come and get you immediately provided the beacon is registered with NOAA’s Search and Rescue Satellite Aided Tracking. This would have helped immensely had I crashed in the National Forrest.

The second option is a more effective solution to the search and rescue piece because it adds the element of flight following.

They are the Spot Tracker or a more popular alternative, the Garmin InReach. These products allow your loved ones to monitor the progress of your flight online. Even if you’re incapacitated, they will find you.

You can send also pre-programmed texts and they send an emergency distress signal like the ACR beacon above if activated.

These require a subscription. I believe the cheapest is about $12 a month, but it’s well worth it especially for those who fly out West. The two best trackers are the Spot Gen 4 and the Garmin InReach 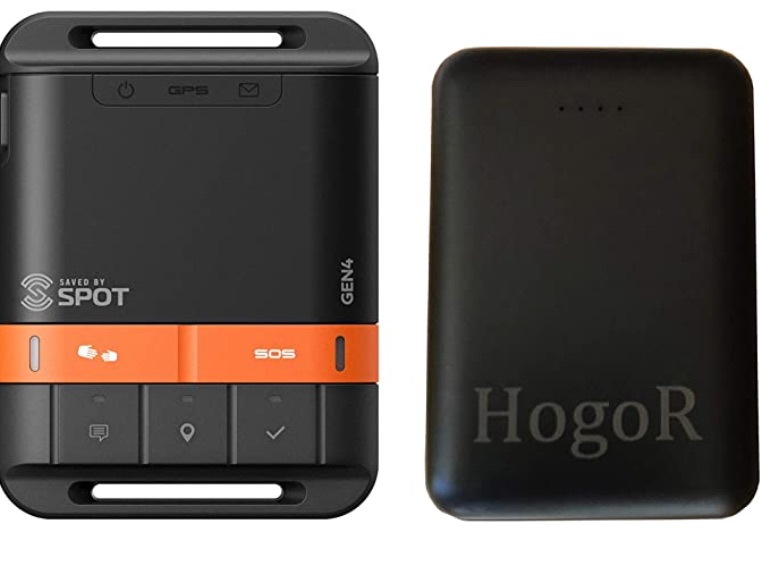 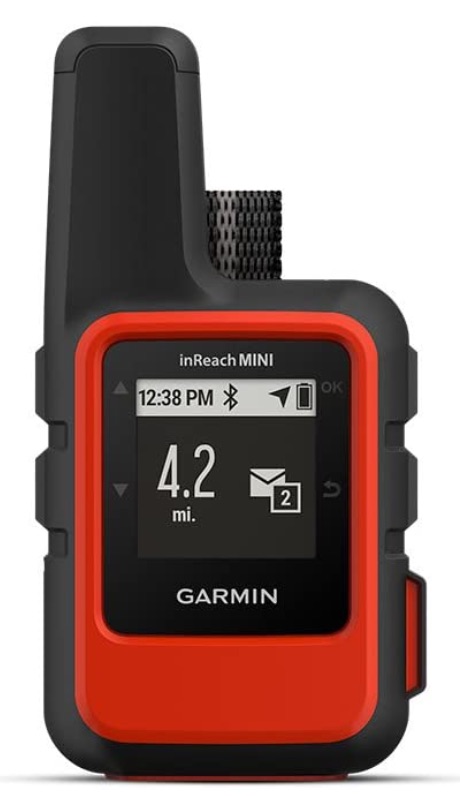 When does the FSS initiate search and rescue operations?

Because the whole purpose of filing and opening VFR flight plans is for search and rescue, it’s important to know how the system works if you don’t make it to your destination.

The flight service station (FSS) will start the initial stages of search and rescue 30 minutes after your proposed landing time.

They will base this number on the “time en-route” you filed on your VFR flight plan. Therefore, I highly recommend you choose an accurate time for your “en-route” time.

Some people add a buffer which is fine but you need to understand anytime you add time it will take longer to find you.

Here are the stages of aircraft search and rescue:

As you can see, it is quite an involved process to fully activate a search. This process will take you well beyond the medical “golden hour” and your chance of survival is very low. This is where a SPOT Tracker or Garmin INReach increases your chances of survival exponentially.

The “golden hour” is the hour after a trauma where your chances of survival are the highest. When I served in Iraq, the infantry commander I worked for would cancel any mission where he could not guarantee medical evacuation within an hour. It’s that important.

I hope this article helped you understand how to open a VFR flight plan, but more importantly why you should. It could save your life.

How to File a VFR Flight Plan

How to Pick up VFR Flight Following

Notice: This article contains affiliate links. I get a kickback from Amazon if you purchase the product I recommend through the link I provided in this article. It doesn’t cost you a thing to use the link. The money helps me run this website. I never suggest products I don’t recommend or use.